Omilia’s founder and CEO Dimitris Vassos discusses the future of speech technology as part of the Enterprise Connect 2018 Innovation Showcase. 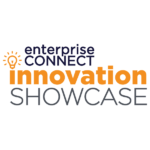 I’m Dimitris Vassos. I’m CEO, founder of Omilia. In our opinion, speech is the most important user interface modality. It’s what all humans use every day to communicate between them. It’s the natural interface as well when customers call in and expect to be serviced in a contact center. We have taken speech to a whole new level in terms of allowing customers to have an unstructured, automated dialogue with a system to get serviced, very much in the same way as they’re getting serviced from a human agent.

Speech today or in the past has been a little bit misunderstood. It’s a base technology that enables interaction, but by itself, standalone, it’s not enough. You need to top that up with language understanding. And once you have language understanding, you need to be able to do a dialogue. So, all these different layers of technology are very important, they’ve been missing from the markets until today. Omilia brings all that together in a connected, coherent solution that really provides business benefits. So, we’re all about having natural dialogues with a system, essentially, very much in the same sense that you are having a dialogue with a human.

What is the future of Speech Technology?

Well, speech recognition as a technology is getting commoditized, so it’s now starting, the last couple of years, it’s started being very spread out. Lots of startups coming out with some fantastic accuracies in terms of speech recognition. I think what is happening now is people are understanding that speech recognition is not a solution by itself, so they’re building on top of that layers to enable applications for speech analytics, for voice biometrics, for authentication, for dialog management. So, that’s where things are going.

I think that there is a lot of people working on making speech and language understanding more intelligent, preparing and having out-of-the-box functionality. So, instead of starting from scratch, you can start with a pre-trained virtual agent that understands all about a specific domain, for example, banking, insurance, telecoms. And enterprises can take that out of the box and start building on top of that rather than going from scratch. And this is an important accelerator in the market now with all these resources being readily available.

Any cookies that may not be particularly necessary for the website to function and is used specifically to collect user personal data via analytics, ads, other embedded contents are termed as non-necessary cookies. It is mandatory to procure user consent prior to running these cookies on your website.